DeVry Greenhouses was founded in the early 1930s, in the Netherlands by Arnold and Pete's grandfather, Mr Dirk DeVrij. His son Arie joined the company in 1949 when he was only 14 years old. For the first 27 years they focused on growing tomatoes during the spring and summer months, then lettuce during the winter months.

In 1962, Mr Arie DeVrij and his wife Bertha became the sole owners. Fifteen years later (1977) they moved from growing vegetables to annuals, specialising in cut gerberas. They sold their facility in 1987 and moved to Canada in 1989 to start a new chapter in their life. 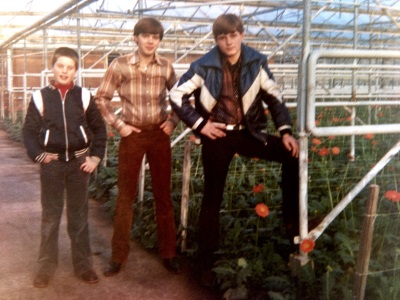 Two of their sons, Arnold and Peter, joined the family business in 1989 and built their first 1.2-acre greenhouse in Chilliwack, BC. The first official crop grown was Poinsettias, which has remained our speciality crop to this day.

During the next 15 years, DeVry grew their greenhouse operation to 13 acres, building a few acres at a time as the demand from customers continued to grow. The core focus became poinsettias during the winter months and geraniums during the spring season.

The company doubled its greenhouse operation in 2004, when they purchased an existing greenhouse operation in Langley, BC. This resulted in a major shift in growing production, as the company rapidly expanded their product line, in order to become a complete solution for annuals, herbs, vegetables, hanging baskets and planters for their customers.

As the business continued to grow in the Alberta market, DeVry felt the need to have a local presence. This prompted their first purchase of Alberta land in 2006, and greenhouse construction began in 2007. The first “Alberta grown” spring bedding plants were shipped from our new location in the spring of 2008.

Over the past 27 years, the company has continued to expand its operation to become a complete bedding plant solution to its customers. As of 2016, the company has 18 acres of greenhouses in Chilliwack, BC, 14 acres in Langley, BC, and 18 acres in Picture Butte, Alberta for a combined 50 acres of production.

During this same time period, DeVry has continued to expand its nursery operation, harvesting over 350,000 cedar trees each year. These trees are delivered coast to coast, from Vancouver to New York.

Our greenhouses are a modern set of glass houses with the latest technology in computer-controlled heating, ventilation & irrigation. With our broad customer base, we grow a variety of different packs, pots and containers designed either by ourselves or contracted to suit individual requirements. 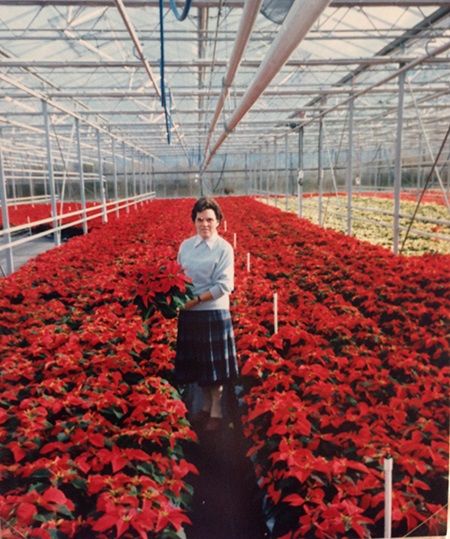 Our core focus has always been: quality, service, assurance of supply and price.

We are customer focused, believing strongly in teamwork and in our people, and are passionate about being results driven. We currently grow over 100 different items during the spring season. We also work with a select group of growers, each holding a diverse set of expertise, allowing us to offer a complete solution to our customers.

We feel very privileged to be able to keep close to our roots, and be growers first and foremost. Even though the company has evolved, our passion “to grow the best quality plants possible” remains. That is our own measure of success.